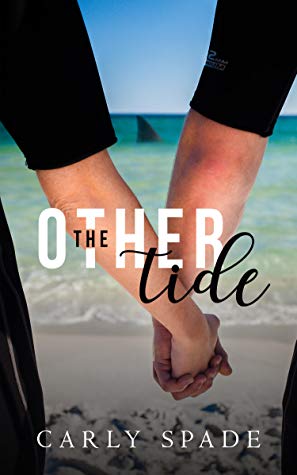 Dr. Samantha ‘Sam’ Smith and Luke Jansen have gotten under each other’s skins since they met 10 years ago on the Royal Australian Naval base. They never thought they’d see each other again until their love of sharks brought them back together, giving their competitive and stubborn natures another chance to clash.

Sam, marine biologist and shark specialist, recently landed her dream job with the aquatic research department at Miami University. When her mentor invites her on the expedition of a lifetime, she eagerly takes the bait. The goal: obtain coveted, groundbreaking footage of Great White sharks breeding.

Unbeknownst to Sam, her mentor has invited one of the best shark experts in the business as well — a certain Aussie diver too arrogant and sexy for his own good. Luke, different after a life-changing diving accident, is the last person she expected to see.

Sam and Luke’s competitive streak picks up right where it left off as Sam realizes Luke knows almost as much about sharks as she does, despite her eight years of education. When a deep sea dive goes awry, Sam has to rely on Luke’s experience, both with sharks and as a Navy Clearance Diver, to get her back on board alive and in one piece. To make matters worse, a reckless rival crew surfaces, determined to beat them to the punch. Amidst the adventure and exhilaration of the hunt, Sam and Luke ignite a passionate spark that they slowly realize may have been simmering all along. If they can make it through with the footage and their lives, they may just have a shot at Happily Ever After.

Okay, let me be upfront and admit I am a big fan of Shark Week on The Animal Planet so I was kind of tickled pink to see sharks featured front and center in this read. I also want to take this opportunity to just draw attention to a really important detail, Ms. Spade has a note listed at the end of her blurb, “A portion of all proceeds will be donated to shark and ocean conservation.” This is a lovely sentiment and a great reason to grab a copy of this book ASAP knowing your money is going to a great cause.

This story has so many things I love. First, it’s a second chance romance with a ten year gap in between the time Luke and Sam first met until they are reunited. Second, and most delicious of all, it’s an enemies to lovers/opposites attract trope. I might have fallen over in my seat when I realized the friction between them. I did love that the snark was never intentionally nasty.

Sam and Luke have fantastic banter, something that I adore, sniping constantly giving me some much needed chuckles.

However don’t take any of that to mean that this is a lighthearted tale. That could not be more inaccurate. There are some heart stopping moments where survival doesn’t look like a possibility.

I was really impressed with the author’s dedication to research which was very obvious in the facts relayed during the story, well threaded through the obvious romance center.

Even if you aren’t a fan of sharks (I’m a fan of Shark Week… a little anxious about the creatures themselves), I’d recommend grabbing a copy of The Other Tide for a tasty little romance with an intriguing nautical education seamlessly woven throughout.

Where to find The Other Tide