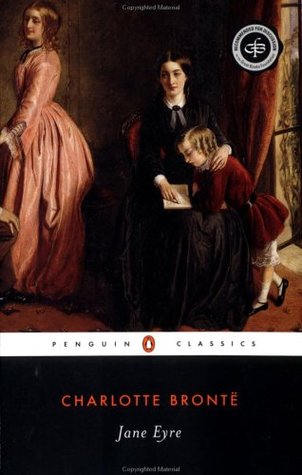 This may be a bit of a cheat since it is a classic and one I’ve read before, but I also haven’t touched it in more than fifteen years and wanted to see if it would still fit my adolescent view of it. But, also, it was truly one of the first books to pop to mind when I came up with a crazy idea of fitting my book reviews to a monthly theme and honoring Women’s History Month as my kickoff.

Jane Eyre is hard to categorize. I will admit that I am and always have been rather like Eleven (it’s a Doctor Who reference, just hang in there with me), but never moreso than when he said this, “I am, and always will be, the optimist. The hoper of far-flung hopes, and the dreamer of improbable dreams.”

It’s why I was totally into The Beast before love morphed him back to Adam. It’s why I kind of adore Harley Quinn. And it is why in almost every Disney movie (except The Lion King because Scar can die a thousand deaths as far as I’m concerned) I would love to have a sequel where the villain’s heart grows three sizes and they get an HEA.

Yeah, I am that pathetic.

But it is also why, for many years, I viewed Jane Eyre as a love story. I know, I know. Throw all the tomatoes. And, even now, it is a love story, but my thirty-something self sees it as so much more.

Jane Eyre is a book that reached so far beyond its era. Ms. Bronte crafted a female protagonist who wasn’t a simpering debutante. She gave our dear Jane a rough backstory and put her on an uphill climb in many respects that seemed to never end. Even when Jane thought she may have found a happily ever after, she kept her wits about her and her moral compass intact. She wasn’t swayed by the charming Robert or the avalanche of feelings that he created.

She cloaked herself in a thick woolen garment of integrity, even when that meant belying her place in that time. And without any wealthy male relative to fall back on, she made decisions that could have left her in a dire situation. Keep in mind, there were no women’s shelters, halfway houses, or other assistance available to women at this time. Jane risked a lot to stay true to herself and honor the worth she knew she had, despite no privilege being attached to it.

Jane Eyre is a story young girls should read… and then reread when they have the benefit of age behind them to show them the depth and beauty of this story and to better understand the strength our Jane shows.

If you have read Jane Eyre as a forced school project, or simply as a young reader, I would strongly encourage you to give her another go. If it’s been a few years, you may very well surprise yourself at how differently you receive the message Ms. Bronte so brilliantly laid out for us.